By Small Change Diaries on 16th November 2016 in Behind the scenes, News 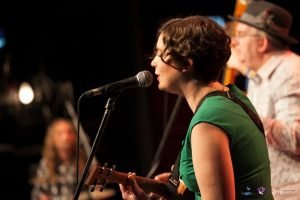 This Friday the full Small Change Diaries band are back in the recording studio to record more tracks for the follow up album to Adam blames Eve which is titled Lullabies for Cynics We have five tracks already recorded this year and have another seven to record and master. This album is much more complex than our debut album and will also feature a number of international guest artists.

One of the tracks “I know what you are saying” was the first track to be featured on BBC Introducing Jan 1st this year. Other tracks that will appear on the album include “Slow News Day”  and “Kicking Down Doors” both of which have featured in our live sets at UK and overseas festivals. “Slow News Day” was played as the finale at Lagoa Guitar Festival with the brilliant jazz trio Les Kostards.

Music critics and the media have often talked about “the tricky second album” This is often because when artists release debut albums, they have a stack of songs they have worked up over a period of time that are finally ready for release. The second album sometimes means starting again and writing new material. Certainly as the band becomes more familiar with the recording process, the expectations change and this affects the final result. Its a process of constant refinement which requires a great deal of attention to detail. 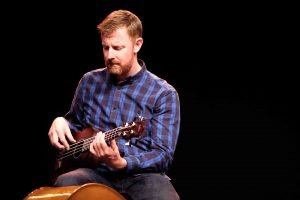 The band lineup is also different for this second album with the superb Adrian Knowles on bass. Adrian adds a new dimension to The Small Change Diaries and as musical director brings an additional wealth of experience to the ensemble. The band has never sounded more fluid and his inclusion has allowed us to explore new sonic territory. Our musical guests also bring a wide range of new musical instruments to The Small Change Diaries sound, so its much more multi layered. Carl Rosamond remains our producer who absolutely knows how to get the very best performances from the band.

Its a year since we recorded our first album and of course the “Protest Songs” EP has been a stop gap recording in between album releases. There’s a huge amount of work in creating an album, especially if you want to want to master and mix it to the highest standards, which takes time. We aim for recording two tracks in a day and then it takes another day to master and mix the material. Every instrument is recorded separately and we usually lay down the rhythm parts to start with, adding vocals and solos later. Its a fascinating process hearing songs emerge from an initial studio performance to a final mastered end result. Its also a massive learning experience and one of the secrets of creating really good material is being able to edit songs in the best possible manner. This means most tracks are under four minutes and I suspect this is why 50% of “Adam Blames Eve” has already been broadcast on BBC Radio.

After the November recording sessions,we will  be back in the studio early 2017 to complete the final tracks. I think people are going to be really surprised by this release. Its a big evolution of The Small Change Diaries sound. Of course we’ll be playing the new tracks in our live sets throughout 2017.