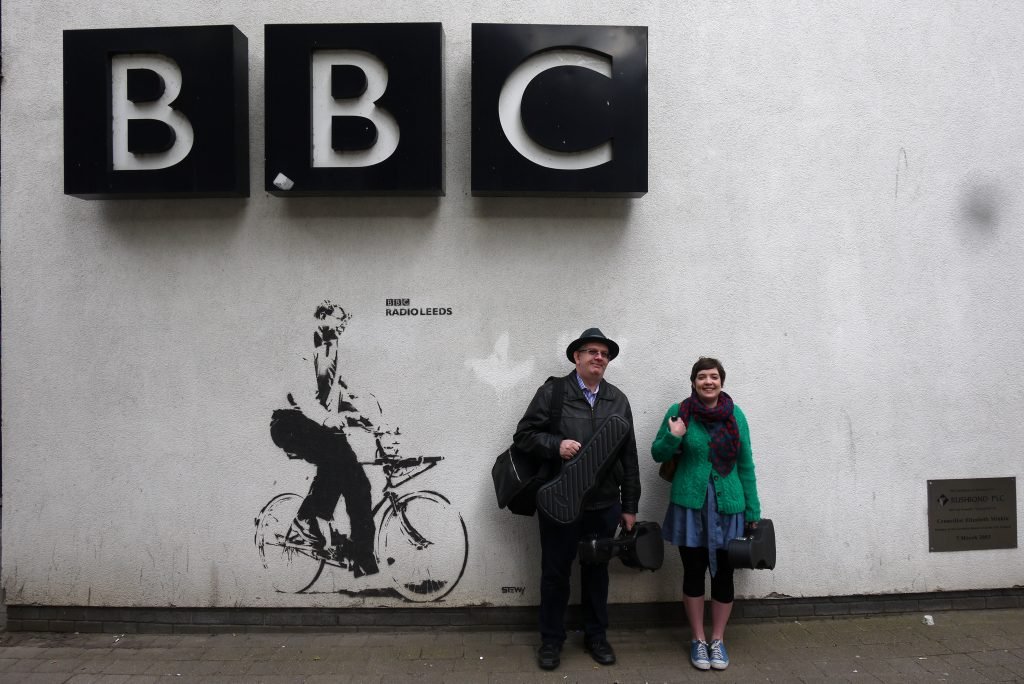 Today we were invited to play live on BBC Radio Leeds and of course accepted. For anyone who has not yet played live on the radio, this can be a somewhat daunting experience! We arrived at the studio in plenty of time to ensure we had a proper sound check. Even though we are only recording two voices and two ukes, it’s spectacularly possible to make this sound terrible and we were determined to make sure this would not be the case!

Fortunately the BBC staff were very helpful and within thirty minutes we had a great vocal and instrument sound. We were asked to play one original song and one cover so we chose “There’s only one of you” as the original ukulele song and “The speed and the sound of loneliness” by John Prine as the cover.  Prior to the live playing we took part in a wonderfully knock about game show with the presenters.

Playing live is a fascinating experience and it’s essential to be in the best possible state to avoid “the f**k up factor” when playing to a sizable radio audience. We were also delighted to mention The Grand Northern Ukulele Festival in tow week’s time on four separate occasions as well as The Small Change Diaries website. We also took some of the excellent SCD merchandise and Nick the host was delighted with his “Protest Songs” mug which was the first gift he has ever received from a house band! It also of course game us the opportunity to promote the new EP which will be released at GNUF. 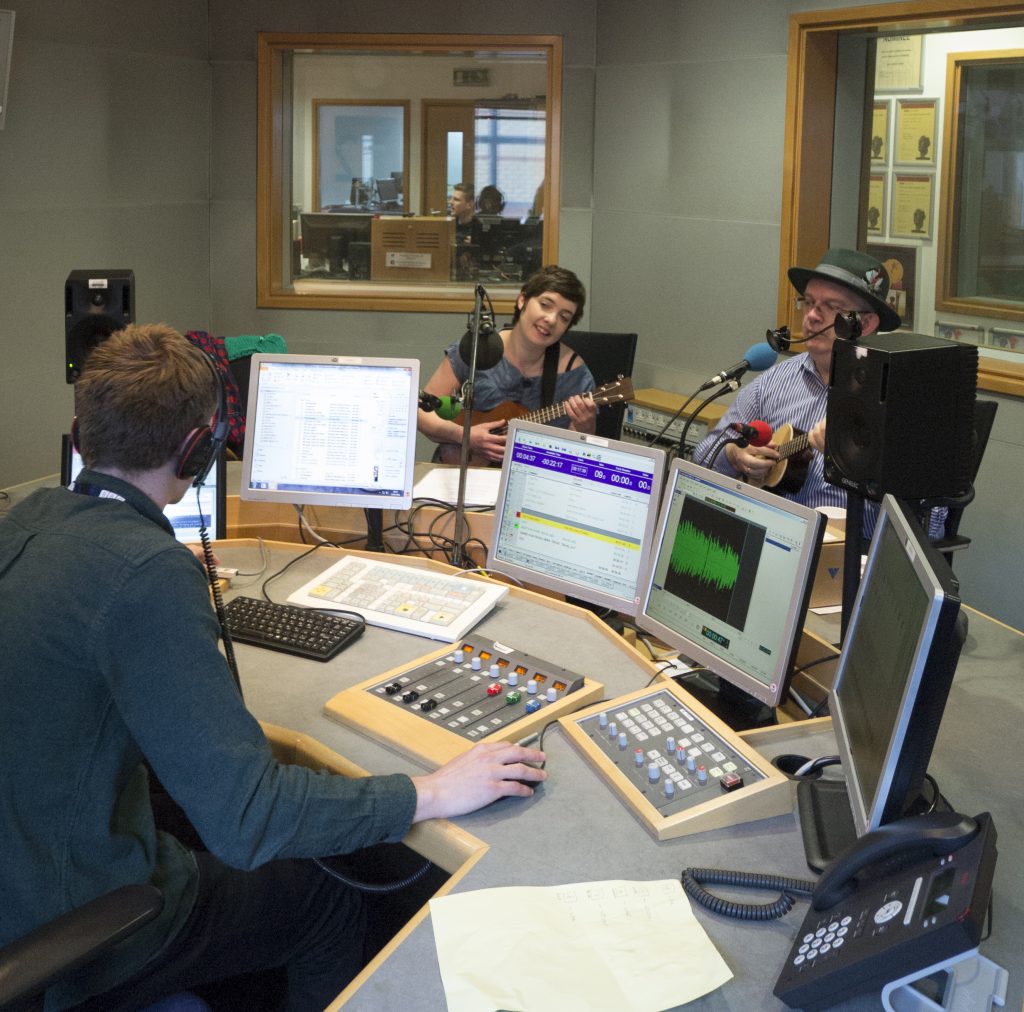 I’m sure this will be the first of many media appearances as word about the band spreads and of course such media exposure is no band thing to crank the band’s profile. In two week’s we’ll be at GNUF and then back in the studio recording more tracks for the 2017 2nd album as well as preparing for the Lagoa Guitar Festival in Portugal this October. 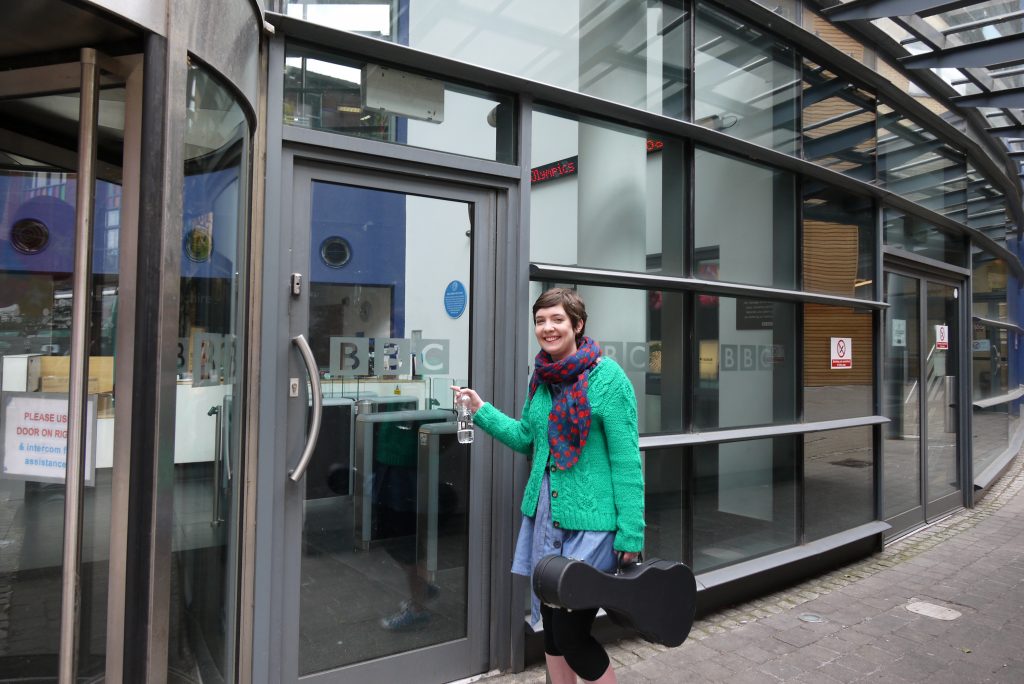