By Small Change Diaries on 4th May 2016 in News 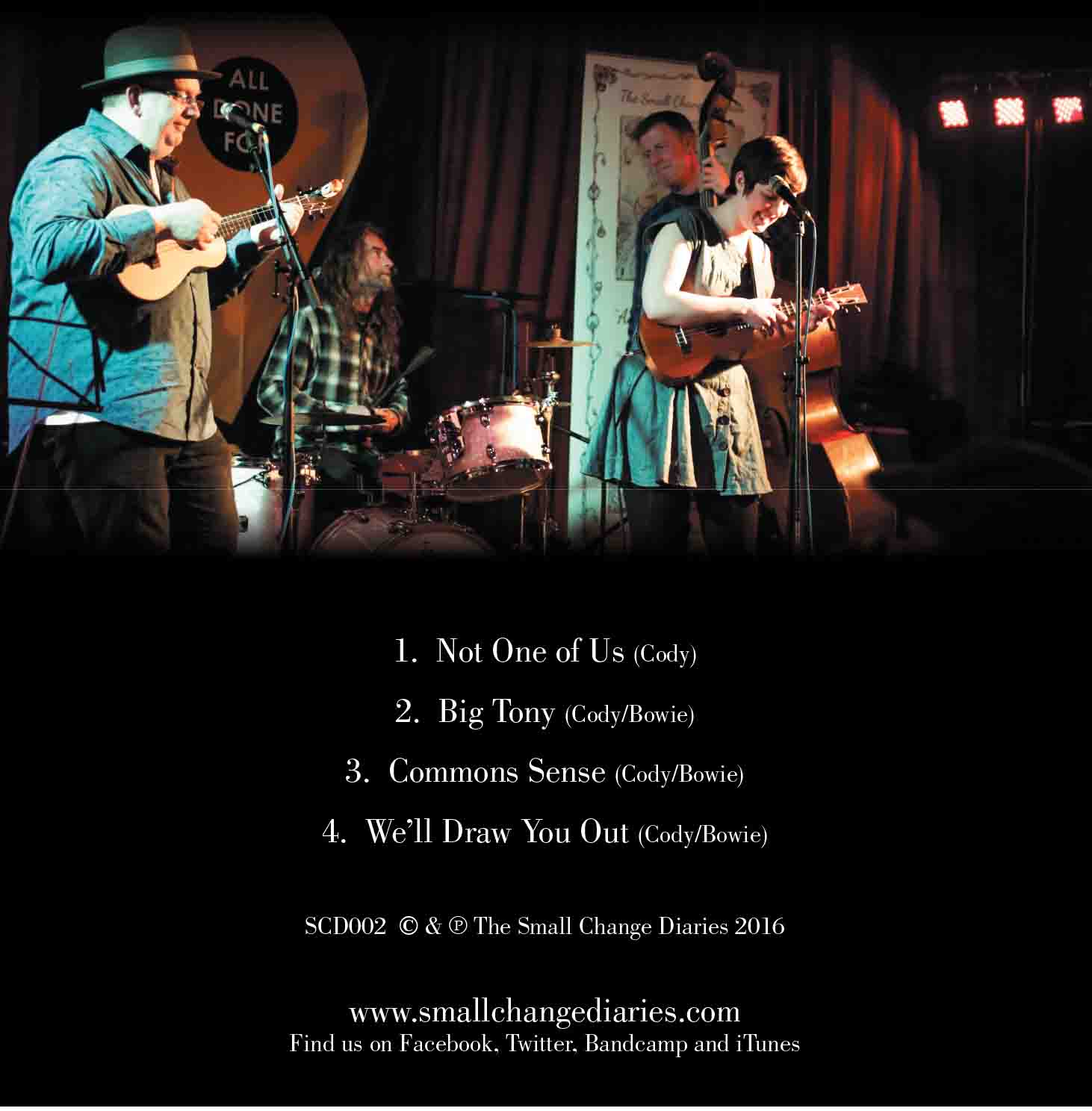 The Protest Songs EP is now being pressed and will be launched at GNUF this May. As suggested in the title these are protest songs in the traditional sense and the lyrics reflect this.  The first track “Not one of us” was the first track I wrote for the band some years ago and is in my view one of our best tracks. The music for Commons Sense was written by Jessica Bowie who also handles vocals on this track which reflects observations about the state of UK politics and is not for the fainthearted! This track also is the first time we have recorded with the Stefan Sobell mandola and once again Carl Rosamond has done a brilliant job in the studio. Big Tony is about a number of “Tony’s” all of whom have some questionable behaviours…

We’ll draw you out was originally an acoustic solo track written after the first Paris incident. We decided to make this a full band version and Jessica, Adrian and Rich did a brilliant job in retrospectively adding vocals and other instruments. The photo shown here is another great Karen Turner photo and the front cover is another brilliant Max Wootton illustration.

On ‘Protest Songs’ they manage to fit in more ideas, musical and lyrical, in four songs than most manage on a full-length album. 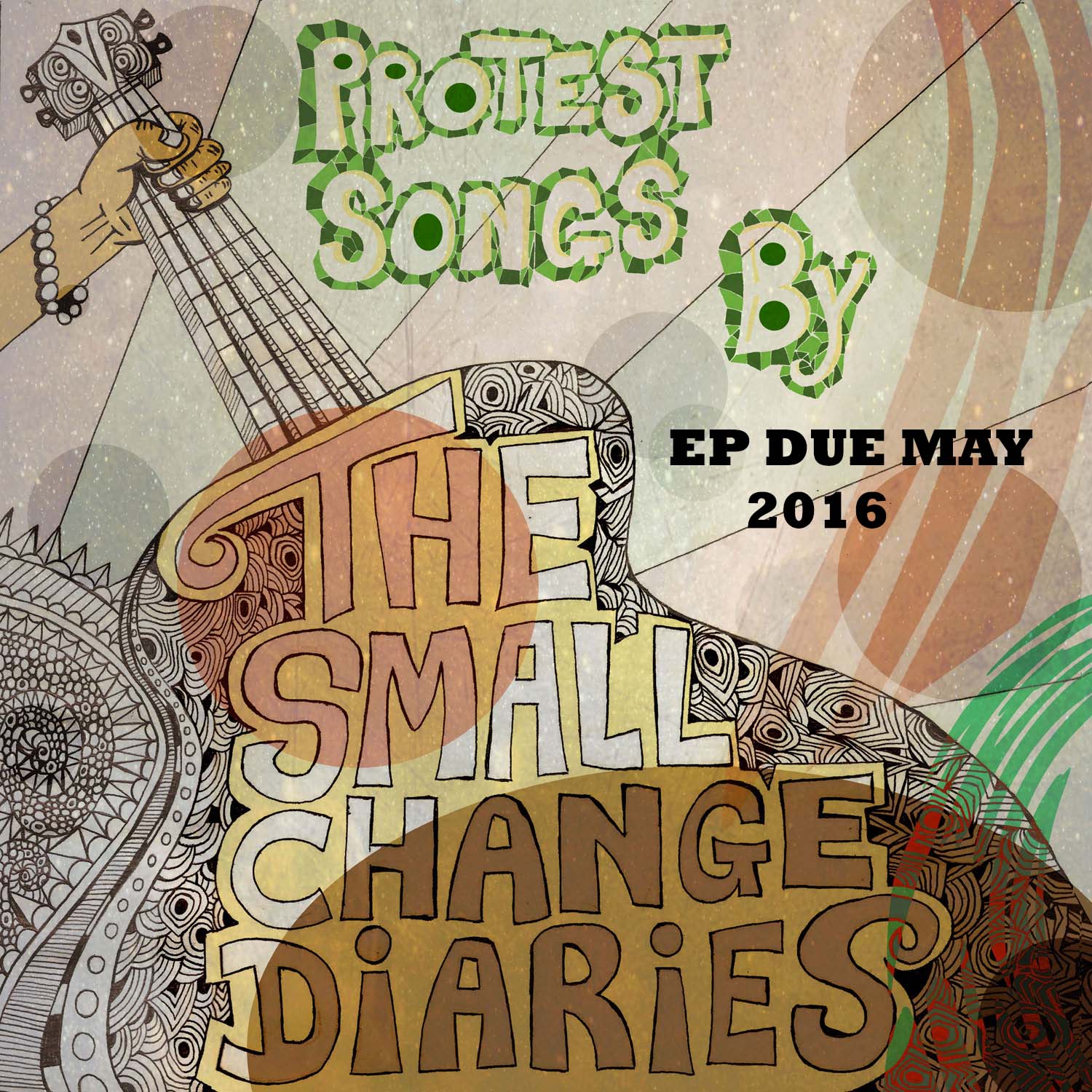