By Small Change Diaries on 2nd April 2016 in Behind the scenes, News 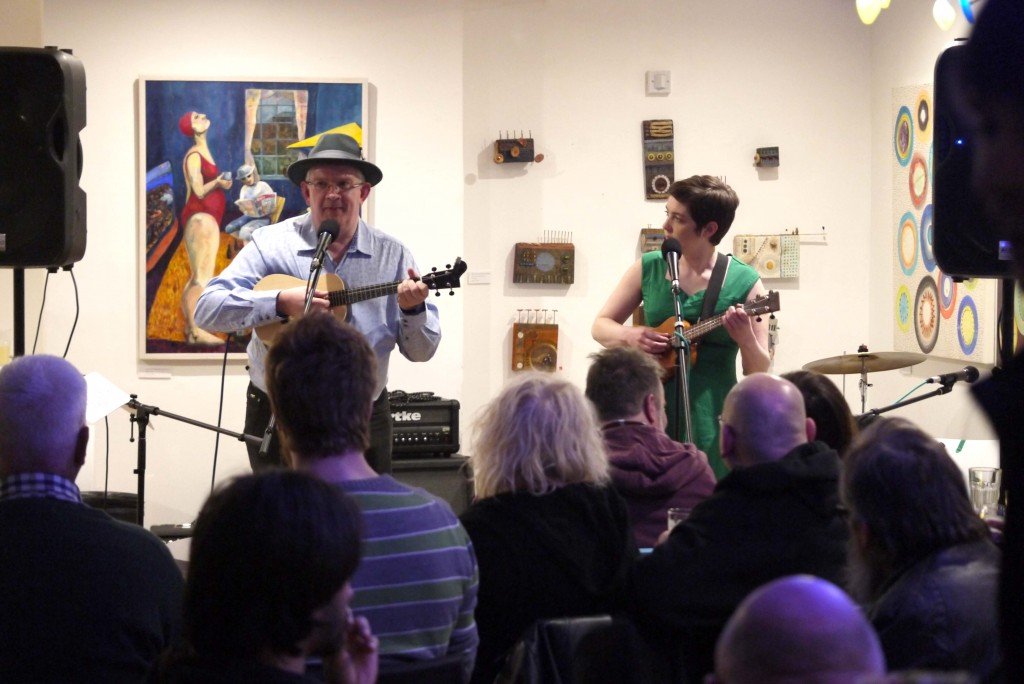 Last night was another outing for The Small Change Diaries duo, Nick Cody and Jessica Bowie. This was at The Inkwell in Leeds and another low key warm up gig ahead of the GNUF appearance in May.

Such gigs are great opportunities to test out new material and work on final arrangements for live gigs. These days it can be challenging for some audiences to hear a set of mostly original material and it was reassuring not to have people call out for “chart hits” or what are perceived as “old classics!” That said there were some gremlins in the supplied PA system and as a performer live is not made any easier when you suddenly find you have no instrument level at all or massive feedback coming from a small wooden instrument! Unlike playing an electric guitar, its tough to usefully incorporate feedback into a ukulele set

We were able to run through the following set of nine tracks, eight of which are original tracks

The highlight for many attending was the acappella track “An Amish frame of mind” Its always somewhat brave to attempt such tracks as there is literally no hiding when there are only solo voices! That said, 80+ people fell silent, in hearing this tale about moving away from the influence of technology. I couldn’t help but think about the irony of singing this while ensuring that for this gig I brought our own high end Fire Eye Red preamps and lava cable leads to ensure we had a reliable sound for our instruments!

The next gig will be at Korks in Otley on April 24th and this will be a full band outing!