By Small Change Diaries on 22nd November 2014 in News

The Small Change Diaries came from an idea I had a year ago when having ukulele and singing lessons with Jessica Bowie. During one lesson when we were singing I thought “Actually this combination of voices is sounding really good” After a few months I started writing material and tentatively approached her to see if she would be interested in recording this material late in 2014. Little did I know that by the time we go into the studio tomorrow we would be co-writing on a regular basis and within 12 months would have 19 original songs and two instrumentals ready to record. 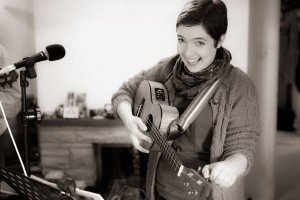 he Small Change Diaries also has some excellent musicians that allow these songs to really come to life. Many thanks to Garry Jackson and Rich Ferdi for all your input. Phase one of the project was to write and practice material. Phase two is to start recording the first selection of songs in the studio. Phase three is to play live gigs to showcase these songs. There are also plans for a lyric book and some video to compliment some of the tracks. It continues to be a fascinating journey and SCD would not be possible without the collective enthusiasm of all those involved. So in just over 12 hours we’ll be doing the first of a number of recording sessions to release this material in 2015.

Many thanks to all those who have supported us to date on Facebook and through other mediums, its greatly appreciated!