The Small Change Diaries is a musical ensemble founded in 2014 by Nick Cody and dedicated to creating and playing original lyric based acoustic music. Founder members are Nick Cody (ukulele, other stringed instruments and vocals), Jessica Bowie (ukulele and vocals), Dave Bowie Jnr (double bass) and Richard Ferdinando (percussion). The band is becoming increasingly popular with testimonials from many musicians including Ben Rouse from The Ukulele Orchestra of Great Britain and longstanding international ukulele player and author Phil Doleman. The Small Change Diaries are known for playing a wide range of live gigs as well as UK and overseas music festivals. 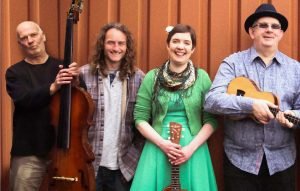 What People are saying

Thank you very much for your participation in Lagoa Guitar Festival.
It was a great moment and it was a Big Change Diaries!!

“I’d just like to thank you all for an excellent concert last Friday – the audience really enjoyed it and we’ve received some enthusiastic feedback.  Thanks for all the trouble you took to make it such a success.” 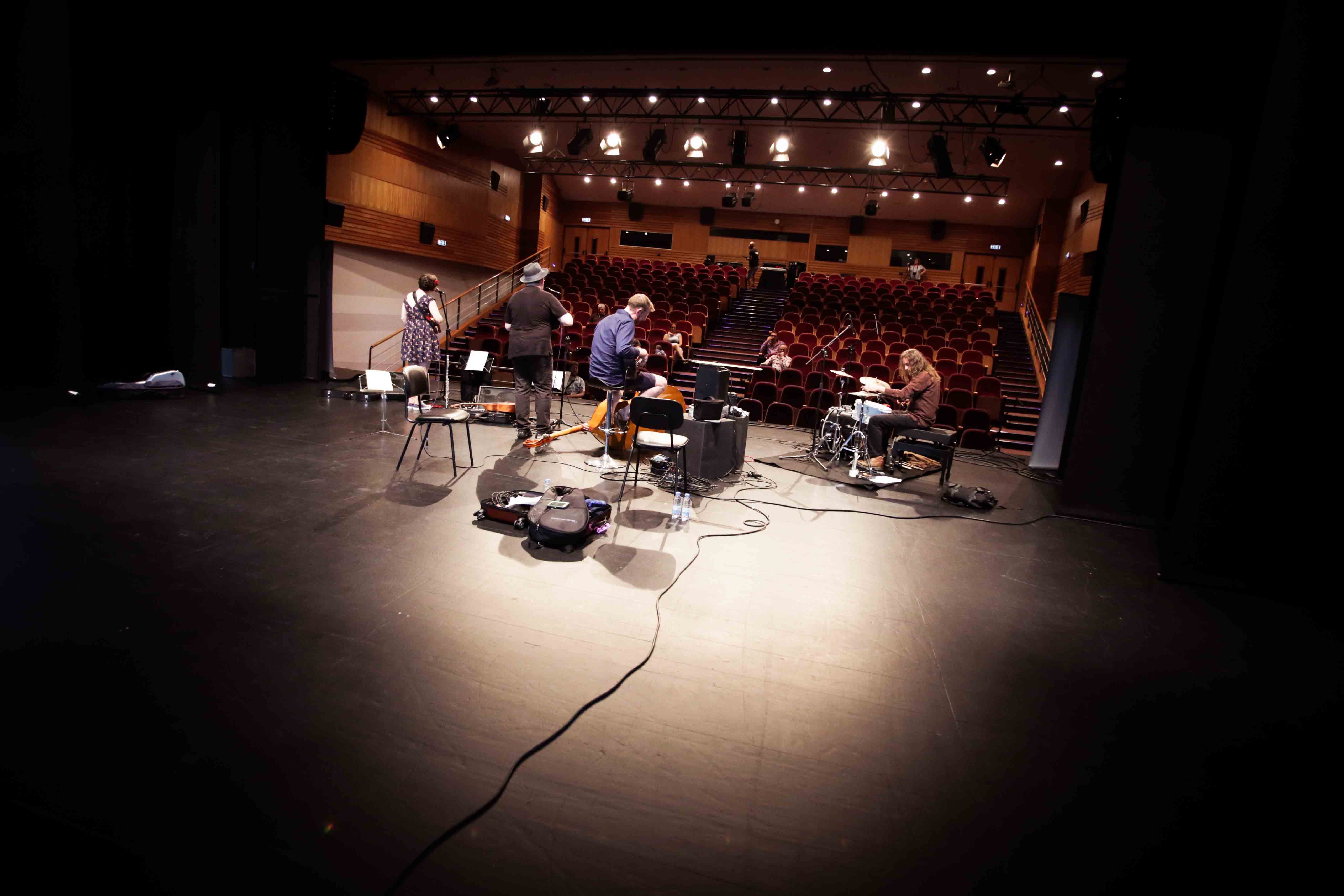 “The Small Change Diaries and their album ‘Adam Blames Eve’ completely took me by surprise because it isn’t just another ukulele album but a well written, well played collection of lovely folk/blues songs. I highly recommend both the band and album.”

“It’s an interesting sound, it’s good, I like what they are doing!”
Alan Raw
BBC Introducing 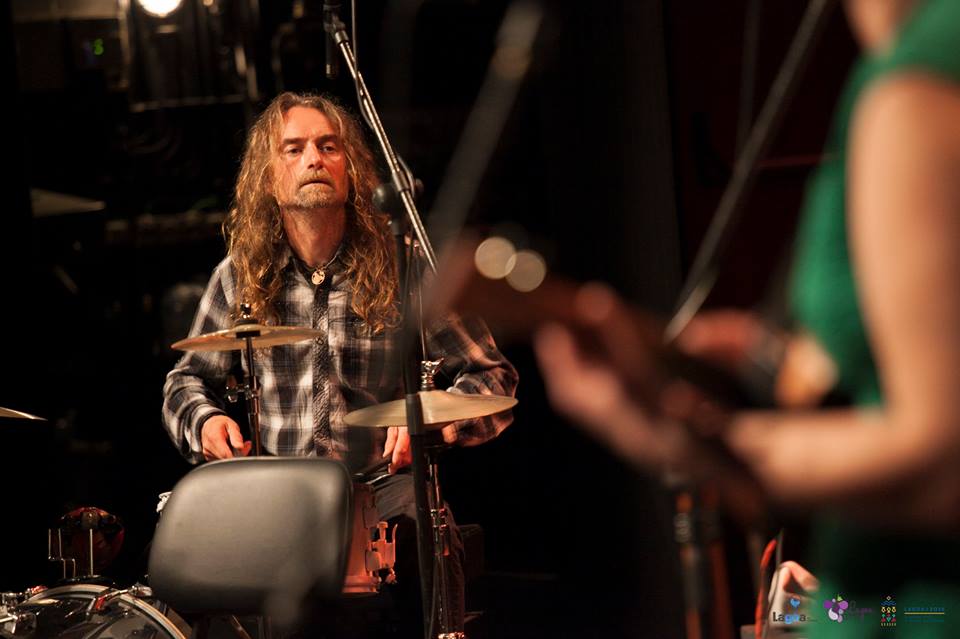 “The Small Change Diaries have a really tight, sweet sound that’s immediately recognisable.  On ‘Protest Songs’ they manage to fit in more ideas, musical and lyrical, in four songs than most manage on a full-length album with inventive arrangements and smart lyrics”

The Small Change Diaries, based in Leeds, are an alternative acoustic ensemble, whose music is a fusion of acoustic, folk, blues, and gospel-style arrangements – accompanied by politically challenging lyrics.
Their EP, ‘Protest Songs’, is the follow up to 2015’s debut album, ‘Adam Blames Eve’. The four songs, starting with ‘Not One Of Us’, are upbeat and cheery sounding on the surface – but the light heartedness  – which comes about because of the prominent use of ukuleles – covers up for the deep, sometimes dark lyrics.
‘Big Tony’, song two, is the perfect example of this. It’s sung in a bluesy, even swing style, but the lyrics tell the tale of a gangster, the “Big Tony” of the song, who commits a variety of crimes, bringing with him  a feeling of fear and despair when he comes into town, “with all his crew”.

The Small Change Diaries comprise Jessica Bowie, Nick Cody, Adrian Knowles, and Richard Ferdinando. Their album, ‘Adam Blames Eve’, had selected tracks featured on BBC Introducing. The band draws their inspiration from current events, with the belief that more needs to be said about what really matters. ‘Commons Sense’ on the surface seems to a simple folk song – but when were folk songs ever simple – it’s a song about government, and with the beautiful vocals of Jessica Bowie, asks if the representatives of the people actually do that. It’s striking and disturbing and moving, a protest song reminiscent of those of Buffy Sainte-Marie, Joan Baez, or Joni Mitchell.
Essentially Pop

“If you’re looking for some decent and harmonious original ukulele based music perfectly balanced with light percussion and melodic double bass, well dear reader you really should be checking out The Small Change Diaries.
Formed a mere two years ago in 2014, ukulele playing vocalists Nick Cody and Jessica Bowie blend together consummately in both style, pitch and resonance to front a band with a simply delicious blend of laid back acoustic folk with just a sprinkle of blues and jazz. Adrian Knowles adds the graceful bass atop the genial drums and percussion from rhythm master Richard Ferdinando. It would be oh so easy for these two guys to overdo it, to dominate the ambience but no, they nail it perfectly on every single beat.
A

This EP takes this well crafted sound into the perhaps dying art of the protest song with four original tunes. I won’t get too bogged down in the political sentiment of the lyrics but suffice to say The Small Change Dairies are not here to say it suitably. And rightly so for if you’re writing a protest song that is the point is it not? Swearing is used to bolster the message at certain points and I for one consider this justified and whilst it may not be to everyone tastes we have to remember all language is used to deliver a message and frankly sometimes you need to say it in a bold typeface. That said the jolly nature of much of the music is more than capable of getting your foot tapping with a smile on your face, perhaps encouraging you to hum along and thereby masking the dark side just a little. And I love that. In fact some of the greatest songs ever written are as pop as you like but with an oh so sinister story.

The opening track, Not One Of Us epitomises that sentiment precisely followed by the bluesy Big Tony which certainly shakes you awake a little more with its mischievous musicality, every note as equally and despondently suggestive to the Tony Blair legacy as the lyrics themselves. On a personal level, every time I hear this song I keep thinking how much I’d love to hear a Tom Waits version!

Common Sense puns its way into the heart of Westminster and the aforementioned colourful language really lets rip coupled with a memorising arco bass and falling musical phrase that really feels like the guts of the protest. Happy then that the final song We’ll Draw You Out is a lot lighter in musical feel with a sweet picked uke melody and plucky syncopated bass.
There’s a great deal of variety squeezed into this EP which grabs the protest torch from the hands of Billy Bragg and does the genre proud. The Small Change Diaries have a wonderful line-up of talent that works so neatly together with a clear savvy for song writing and this EP has all these gifts in abundance. It’s terrific.”
A
Uke Planet 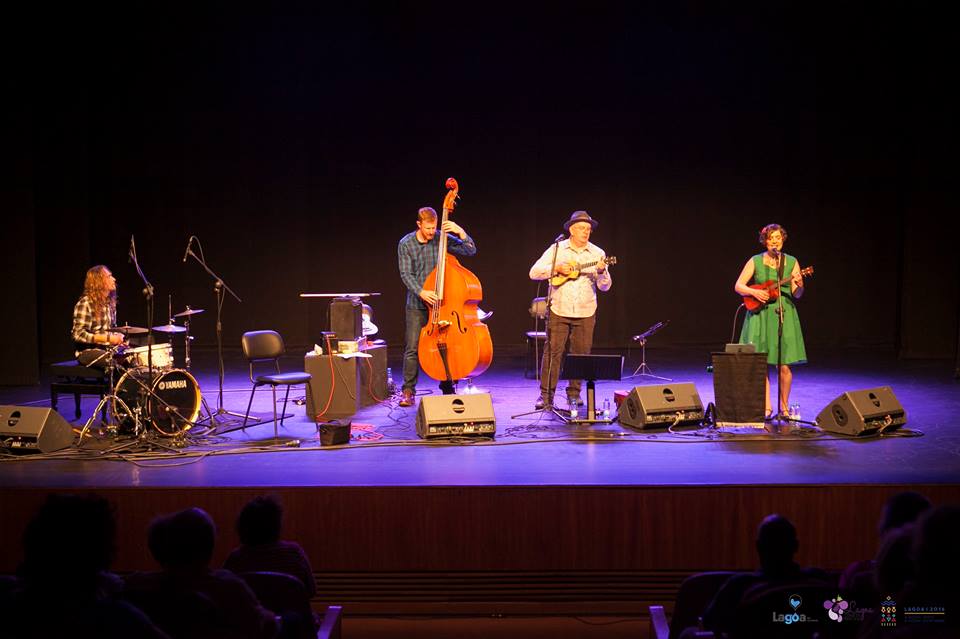 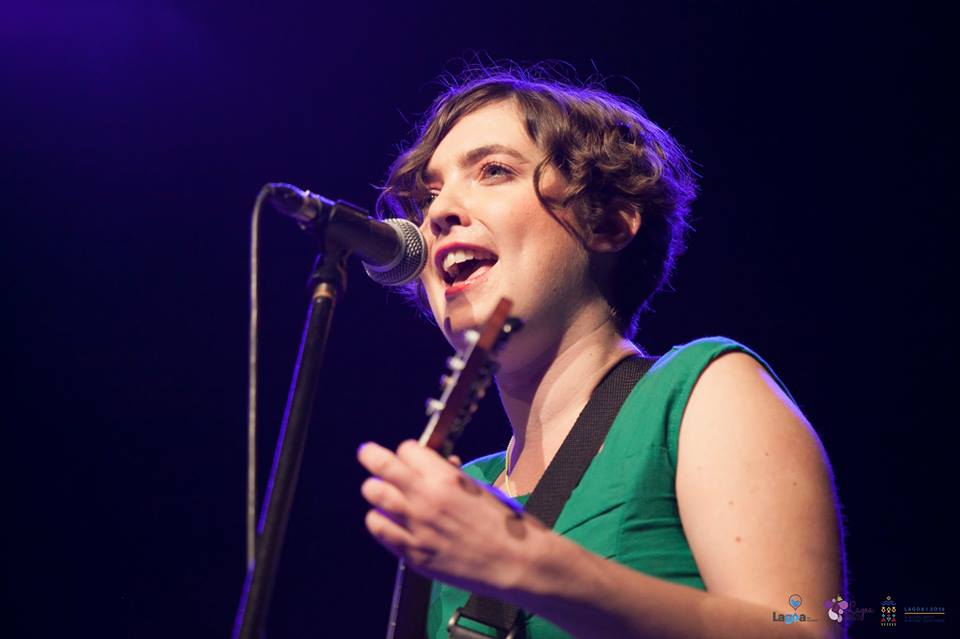 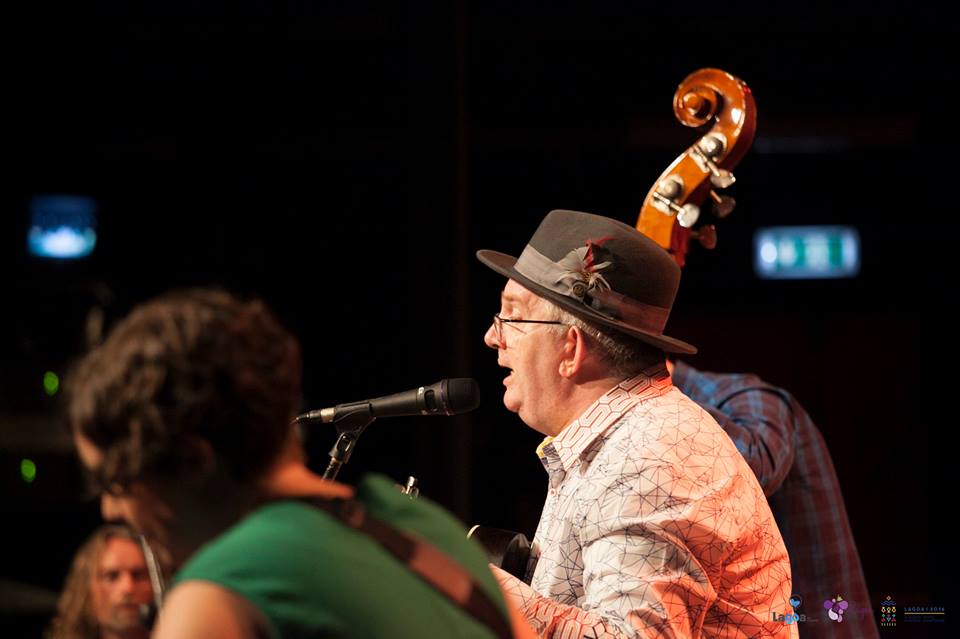